Not Guilty by Reason of Brain Damage? Neurobiological Underpinnings of Violence

“The Roots of Violence: Wealth without work, Pleasure without conscience, Knowledge without character, Commerce without morality, Science without humanity, Worship without sacrifice, Politics without principles.” (Mahatma Gandhi)

When Noam Chomsky said, “See, people with power understand exactly one thing: violence,” was he correct?  Is it about power? Actually, violence and aggression are two phenomena that became a part of our daily social and professional life. That is why understanding the neurobiological origins and the mind-brain interactions related to these is so important.

The consensus of one of the multi-disciplinary  conferences  involving experts in neurology, psychiatry, neuropsychology, trauma surgery, nursing, evolutionary psychology, ethics, and law (Aspen Neurobehavioral Conference in  2001) stated that: 1) Aggression can be adaptive, but violence is an aggressive act characterized by the unwarranted infliction of physical injury; 2) Violence can result from brain dysfunction, although social and evolutionary factors can contribute; 3) Neurobiological findings in violent brains are: frontal lobe circuit dysfunction, altered serotonin metabolism, and heredity. 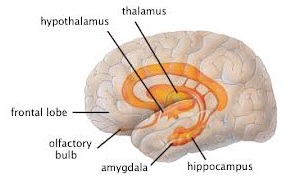 Our brain, the material construct of our mind,  works as a powerful electro-chemical network-based organ, which is amenable to changes, positive and negative, because of its main three mechanisms – neuroplasticity (a life-long process triggered by constant changes in our external and internal environment), biofeedback (works on 24/7 schedule), and neurointegration (very much based on the “wire together, fire together” concept).

The frontal lobes  (especially the orbitofrontal cortices ) normally act to regulate (or put the “lid” on, as Hughes and Baylin, 2012 put it) our limbic impulses (mainly from the amygdalae, which is involved in processing memories and emotional reactions like fear and pain). Another brain structure, the anterior cingulate cortex (ACC), is important in recruiting other brain regions in response to conflict (Davidson,  Larson, & Putnam, 2000).

Violence can occur as a result of a dysfunction of the fronto-ACC-limbic network related to aggression and its regulation – when the “bottom-up” drives from the amygdalae cannot be tamed by the “top-down” processes from the frontal lobes and related structures (Craig et al., 2009; Hoptman et al. 2002; Siever, 2008; Voineskos et al., 2010).

Brower & Price (2001) found that frontal lobe lesions were associated with a 10% increased risk for violence and criminality in comparison with the rest of the population. Penetrating (like in the famous 1848 case of Phineas Gage) and non-penetrating traumatic brain injury (TBI) and dementia (especially fronto-temporal dementia, FTD) are associated with an increased risk of violence.

Another interesting finding is about the right brain pathology, which  is associated with loss of moral behavior and affiliative traits such as warmth and empathy (especially  in FTD) (Sollberger et al., 2009), and sociopathic behavior (Mendez, 2010).

Today, we can distinguish two types of violence: a) affective, impulsive, and  purposeless, which is typical of acquired sociopathy (as in the famous case of Phineas Gage) and related to orbitofrontal injury seen on structural imaging (Brower and Price, 2001); and b) predatory, premeditated, and  instrumental – this is typical of antisocial personality disorder and  is associated with orbitofrontal and amygdala dysfunction (Glenn and Raine, 2008).

Regarding the role of neurotransmitters – we know now that serotonin inhibits violence, and catecholamines (like dopamine and norepinephrine) may enhance it (New et al. , 2004). Dopamine and other dopamine-agonists (used in treatment of Parkinson’s disease) can trigger pathological gambling, aggression, and hyper-sexuality (Driver-Dunckley et al., 2003). Testosterone may influence aggressiveness, but it is rather associated with dominance (Glenn & Raine, 2008).

Some violent people have impaired impulse control because of altered brain functions (in frontal lobe- limbic system circuits), and they are unable to act by the rules they have learned. Sapolsky (2004) even suggests that in cases of violent crime, the insanity defense – not knowing right from wrong – should be expanded to consider the possibility of impaired volition (Filley et al., 2001).

Should we consider the defense “My amygdala did it?” This is still open for discussion. 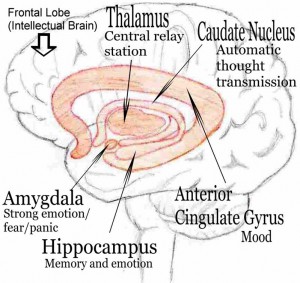