Mind’s Wisdom: Neuroplasticity and Neurointegration as Tools for Post-traumatic Growth

One day, in retrospect, the years of struggle will strike you as the most beautiful.
― Sigmund Freud

A single event can awaken within us a stranger totally unknown to us.
― Antoine de Saint-Exupery

So next time you’re faced with something that’s unexpected, unwanted and uncertain, consider that it just may be a gift.
― Stacey Kramer (brain cancer survivor) 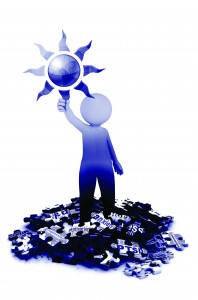 Is post-traumatic growth (PTG) a misnomer? Actually, it is not. Nietzsche’s expression, “What does not kill me makes me stronger” captures the soul of this phenomenon, which some people, who experienced it, call it a “blessed state.”

Trauma has many faces, and the expression on those ‘faces’ constitute the whole spectrum of emotions and experiences – from the world that is shuttered to the new one that has a new meaning and that is worth living. Some of us who deal with horrific aftermath of trauma, were first appalled by the idea that trauma can be perceived as a stimulus of any kind of ‘growth’ or any kind of ‘good.’ Many psychoanalysts did not accept PTG and other concepts coming from so-called ‘positive psychology’ field, as these were perceived as superficial and ‘behavioral’ rather than representing a lasting change in the internal world of their patients and clients. But, modern trauma research reveals the negative effects of trauma as much as the positive mechanisms that one’s mind employs when facing trauma, such as resilience and coping, which both differ from PTG.

The idea of PTG was pioneered by Calhoun and Tedeschi (1999), to address positive psychological change (they compared it with the mind’s wisdom), which might occur in individuals who suffered any type of trauma, developmental, relational/ attachment, or physical. PTG happens in the context of and despite of struggle of processing pain and loss, and it includes five main factors: 1) relating more to others, and with greater compassion; 2) finding new possibilities in life (such as new roles and new people); 3) appreciating personal strength; 4) spiritual change; and 5) a deeper appreciation of life and its meaning (Calhoun & Tedeschi, 2004).

While some PTG researchers perceive it as a ‘special’ type of resilience, and some feel that resilience is a huge factor in developing PTG, the original PTG pioneers described a complicated and even the inverse relationship between these concepts (Calhoun & Tedeschi, 2004; Lepore & Revenson, 2006; Tedeschi & McNally, 2011). The explanation – from bio-‘logical’ perspective – sounds simple: more resilience means more ability to cope and to bounce back to the previous state of being, with less struggle; but through this struggle that one’s mind finds new ways of being and new opportunities; and this is called PTG.

Calhoun and Tedeschi (2004) introduced an idea of therapeutic and self- facilitation of PTG, while urging clinicians not to expect that everyone can achieve it, and also be respectful of pitfalls and difficulties of trauma recovery process. So, what makes one more susceptible to achieve the growth in aftermath of trauma? Observations of various groups of people (e.g., cancer patients, rape survivors, combat veterans, survivors of 9/11, parents who lost their child to suicide, other bereaved adults, Holocaust survivors, people with chronic medical conditions, etc.) showed that some personality traits are more associated with PTG than the others (Abraido-Lanza, Guier, & Colon, 1998; Butler et al., 2005; Joseph & Linley, 2004; Stanton, Bower, & Low, 2006; Joseph, 2011, and Tedeschi & McNally, 2011). E.g., positive affect, openness to experience (otherwise called intellectual curiosity), and extraversion are more associated with PTG, while ‘neuroticism’ (characterized by emotional instability and low tolerance for stress and aversive stimuli) is negatively related to PTG (Costa & McCrae, 1985; Linley & Joseph, 2004, 2011; Meichenbaum, 2006; and Stanton, Bower, & Low, 2006).

To understand PTG from ‘philosophical’ traumatology perspective, one can employ the concept of ‘accommodation’ of trauma experience into one’s mind’s ‘operating schema’ (like in ‘bad things happen to good people…as life is not just and perfect’) – in oppose to ‘assimilation’ of trauma into one’s life’s fabric in those who do not achieve PTG (like in ‘bad things happen to bad people, so I deserve what had happened…’). This is called the “cognitive-emotional valuing and re-assessment” processing (Calhoun & Tedeschi, 2004; Joseph & Linley, 2005; Charney, 2013).

o change) and neurointegration, NI, (ability to “holistically” integrate those changes and new connections and associations – between the two hemispheres; between our “reptile,” “mammalian,” and “human” parts of the “triune” brain; between the body and the mind; between unconscious and conscious, etc.). When we make a point t

o consciously integrate in our response to any event, including a traumatic one, our “human”/ “verbal” part of the brain (and this happens during storytelling, psychotherapy, reaching out to a friend), we are on the road to recovery and/or PTG. Both NP and NI are involved in positive, as well as negative outcomes of trauma, of learning, of going to therapy, of loving, and of “being.” We are “hardwired” for these capacities just because of mere fact that we belong to Homo sapiens, the “wise men” (from Latin). I believe that neuro-psycho-biological understanding of trauma and PTG can be a valuable tool for all mental health practitioners, neuroscientists or not, in aiding our patients and clients to get to the “blessed” state of PTG. As famous economist and non-neuroscientist, John Maynard Keynes said once, “When my information changes, I alter my conclusions. What do you do, sir?”

Images that can be used to symbolize PTG: 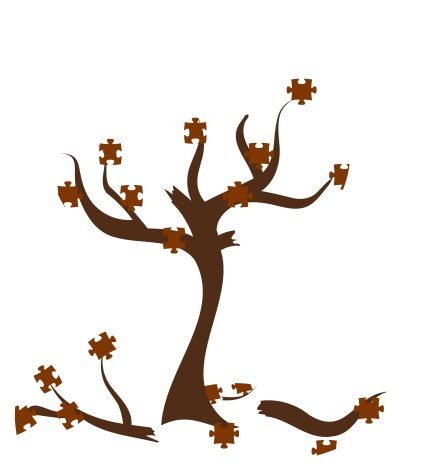 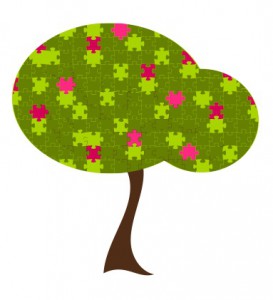